In a joint project my son Joost and I built an airport model a while ago (Joost built and painted the hardboard-based construction, I took care of the electronics part). The model includes 68 programmable LEDs, all of them in three main landing and departure tracks as well as the support tracks. This is probably the one-and-only remote-controlled airport available on the globe that can be steered by a Sony RC!

The system is based on PICAXE-18X directly connected to an IR receiver (the latter part being an IRM-3638 which has a 2.7 V minimum operating voltage) and connected via i2c with a MAX6955 for controlling the LEDs. The system is powered with a Nokia mobile phone wall unit and a 3.3V voltage regulator. For each track individually, the LEDs can be programmed to be on continuously, to blink or to be off, allowing children to select the departure and/or landing tracks themselves. The global illumination level of the LEDS and the blinking speed can be controlled with RC as well. 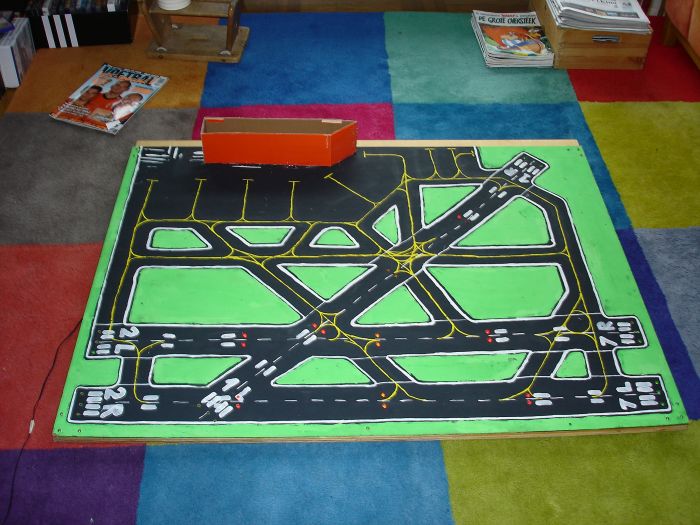 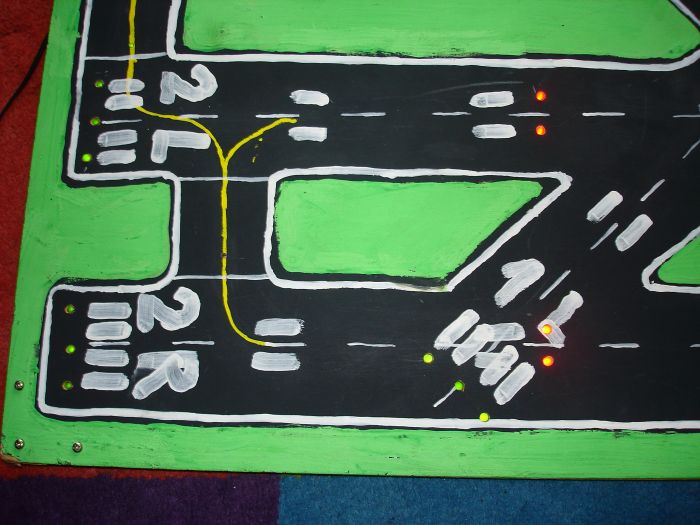 The software implements a state machine whose state changes after an interrupt which is generated by reception of an IR code. State is maintained for each of the tracks separately in order to allow continuous, blinking and off modes. The complexity of the design was mostly in programming the LED patterns for each track and in the actual wiring of the LEDs in the model.