Although many European and American shortwave (SW) stations have disappeared, there is still quite some activity from more distant, South Asian stations that now have room to be received as well with simple, sensitive receivers.

The EE2003 SW receiver (5.03) can be upgraded towards a more sensitive and controllable design by adding explicit regeneration control outside of the RF-part of the circuit, as I have described here. In that article I show that by controlling the DC Collector-Emitter voltage difference of the RF transistor via the RF-choke using an external potmeter, the receiver can be used to receive both AM stations (at maximum sensitivity just before onset of oscillation) and SSB stations (in oscillating mode, providing the required beat note).

Here follow the key design files  for three variants of the same design. The picture here shows the actual layout for the 5.8 - 10 MHz receiver (49m, 41 and 31m bands): 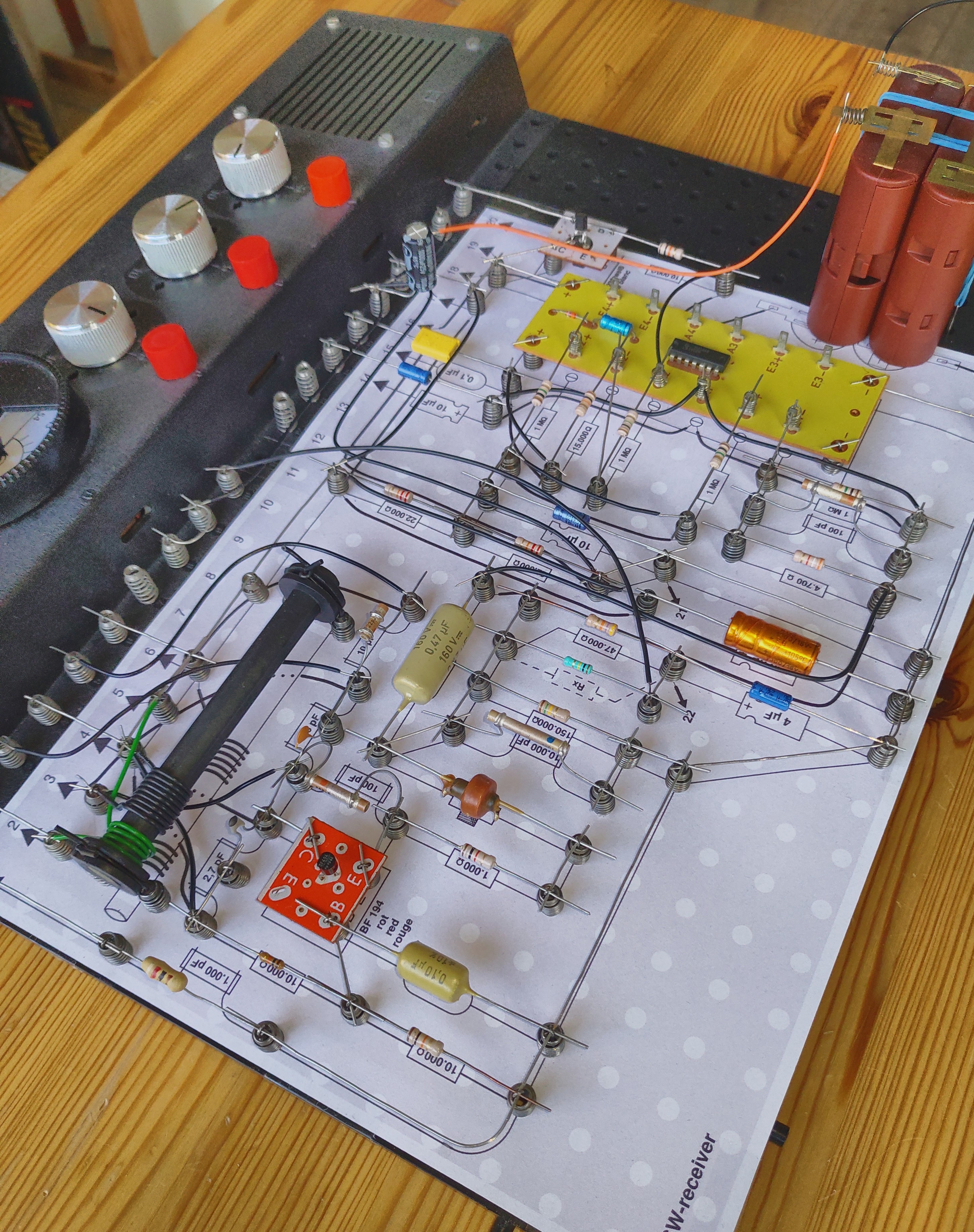 This design is specifically tailored toward the popular 80m amateur SSB band, with a large coil (29 turns) to increase sensitivity for these low-power stations. In this range, AM stations are basically absent today.

With a change of the coil and some capacitor values, the range of the previous receiver is extended from 80m towards the 49m (AM) and 41m (both AM and SSB)  bands.

This is the original design (from 2003) with the largest range that can be practically implemented, and for which a ferrite rod still works as a sensitive antenna. This is still my favorite one, as many stations (AM and SSB) can be found! Several hours before sun-set the 31m band is becoming very active, in the evening the 49m and 41m bands become more accessible.