The contributions presented here cover the various projects I have built using the Philips EE system, and provide for all design infiormation (electronics diagram, layouts etc.) as well as information on experiences, improvements etc. that may be useful to other enthusiasts of this system. You may click on the title or "read more" to read the full article. Enjoy!

This page describes a powerful AM receiver based on two non-EE components (SA612A mixer+oscillator and MK484 radio ic used as a IF amplifier+detector): 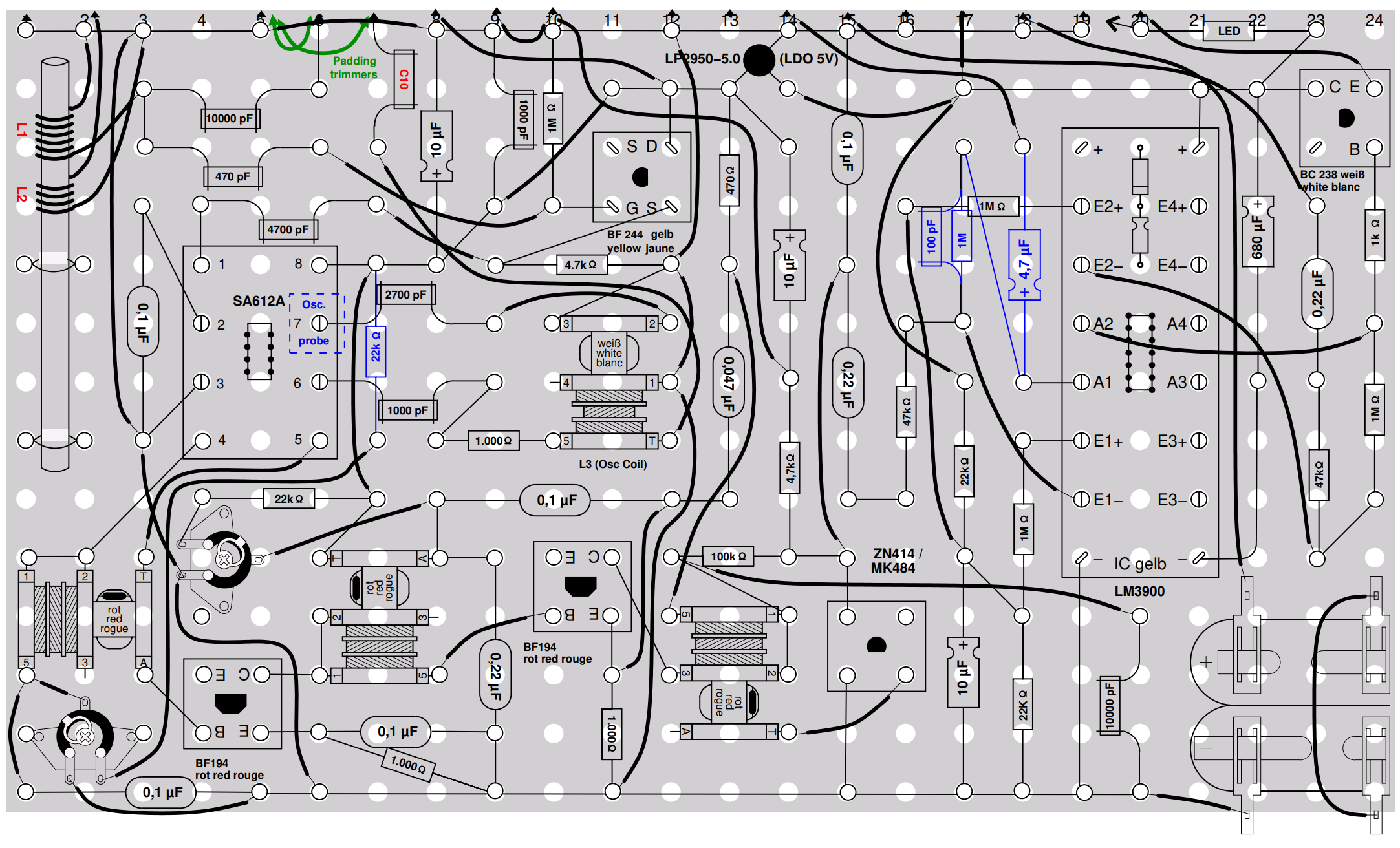 There are a two variants of this design:

Tor Gjerde has published his .fig templates for generating breadboard layout files. I have used these extensively to give my projects that official Philips EE look that is virtually indistinguishable from the original Philips EE versions. His templates are published on his website: Link Tor Gjerde . These published templates as well as his EE2003 diagrams are in XFig metric size units. He appears to use XFig for creating his diagrams, not WinFig - which I use.

Regarding WinFig (MS-Windows) - XFig (Linux) interoperability of files it appears that the use of the Imperial instead of Metric units has the advantage of giving exactly the same results on printing, whereas in Metric format a correction is needed when WinFig is used. The background is explained by the author of WinFig (Andreas Schmidt) in detail on his FAQ page under the section "Drawings that were created with Xfig using metric units (cm) are slightly smaller in WinFIG". As a conclusion he states: "You can avoid all that trouble by using imperial units only".

Therefore, here follow the links to the Imperial versions of Tor Gjerde's template files (which he does not publish in the mentioned link but which I received from him):

In addition to these, I derived two extra templates:

The panel design of the capacitance knobs can be redesigned by using the following MS-PowerPoint template (print to scale): PPT-link

The template provide for the design of scales that look as follows: 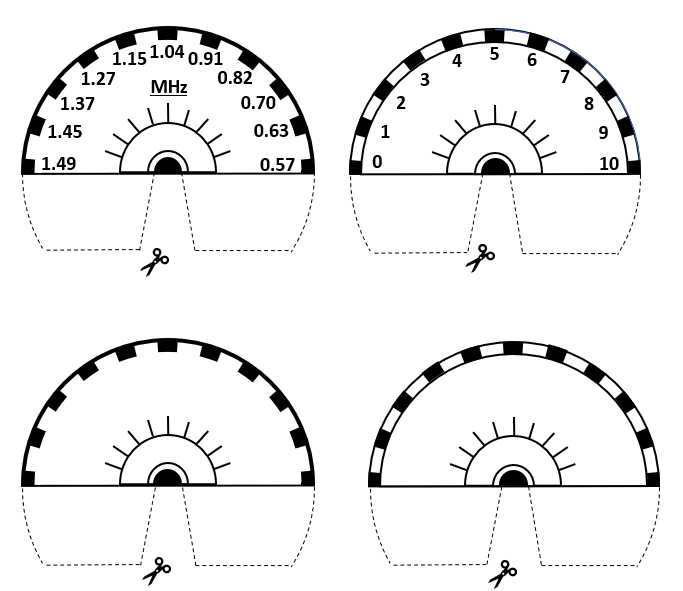 In practice this template may be used to give a lighted scale as shown here (in this case using LED's in E10 fittings, see discussion below): 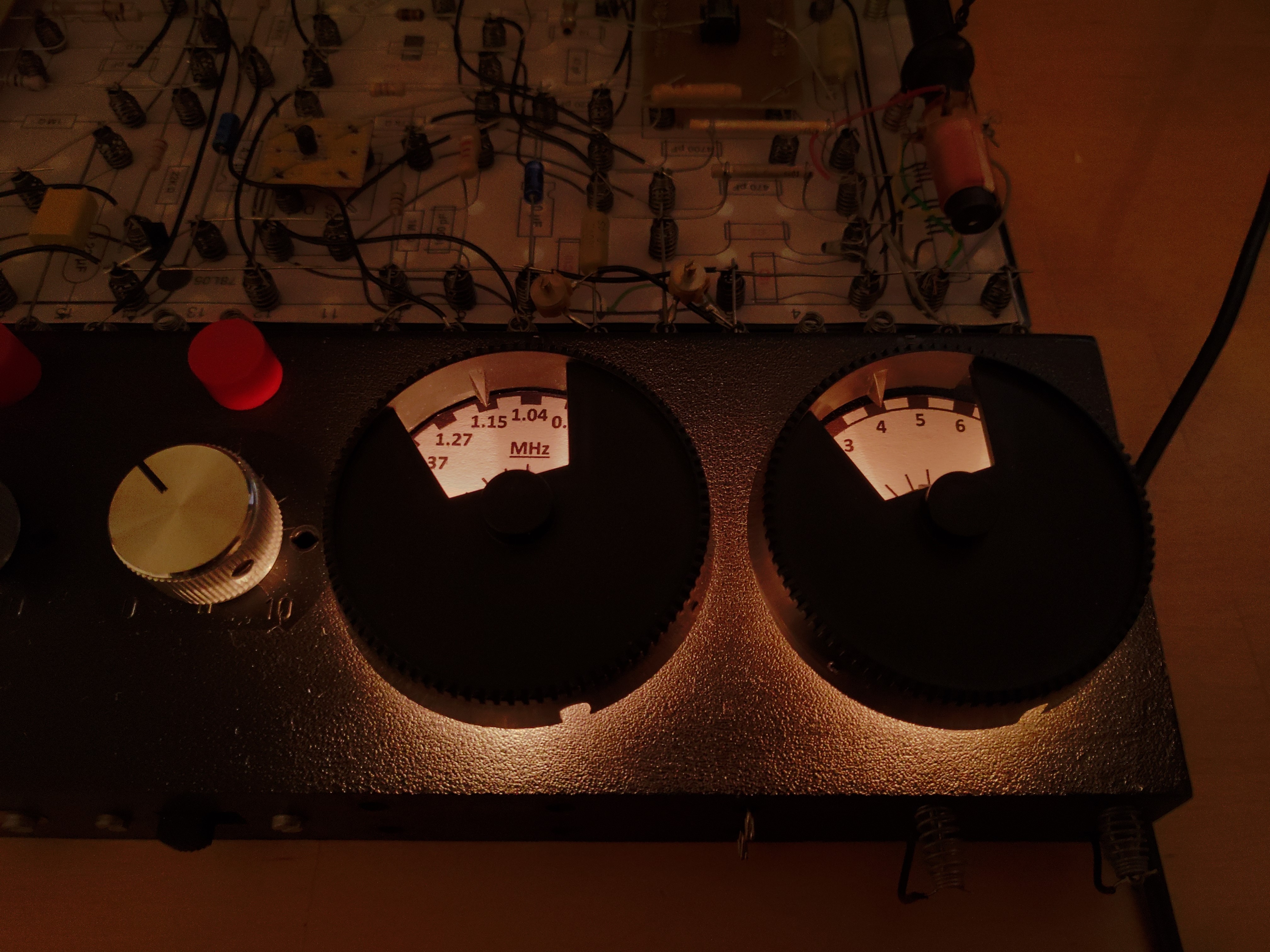 I always wanted to try to get to fit the EE2010/13 FM-receiver with touch controls on a single (14x12) breadboard. And I managed as well: 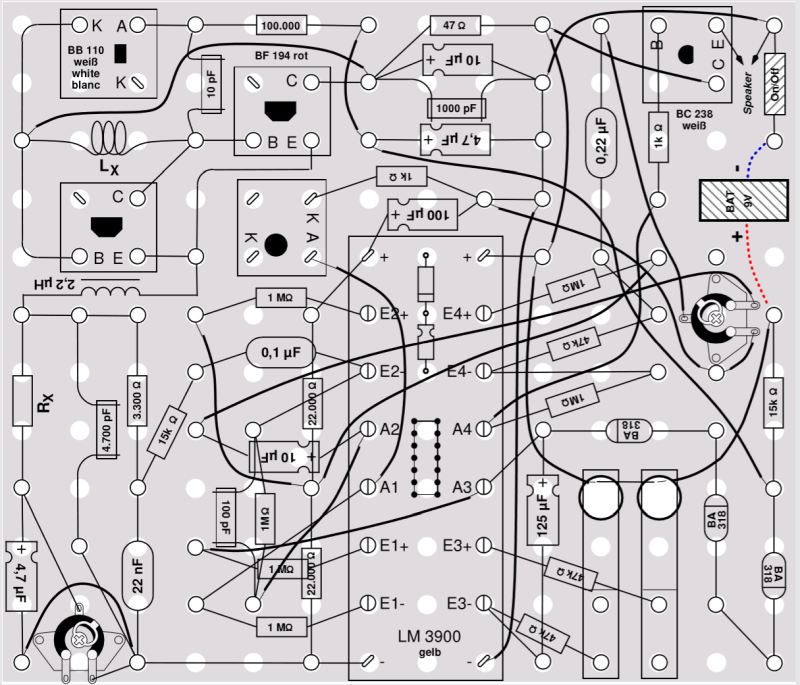 This receiver has both its volume control (potmeter right) as well as the regeneration level (potmeter left) on the board itself, the only external components are the battery connection (with on-off switch) and the loudspeaker. The receiver is tuned (+) (-) by pressing the switches, in idle mode it stays at the selected frequency. This receiver is remarkably sensitive, no antenna is needed.

The EE2016 Ultrasonic converter circuit needs only some minor tweaks to turn it into a very useful bat detector. Furthermore, the circuit has several interesting aspects that are not covered in the manual and therefore warrants a separate discussion. The picture below is my implementation and it is discussed here in detail. 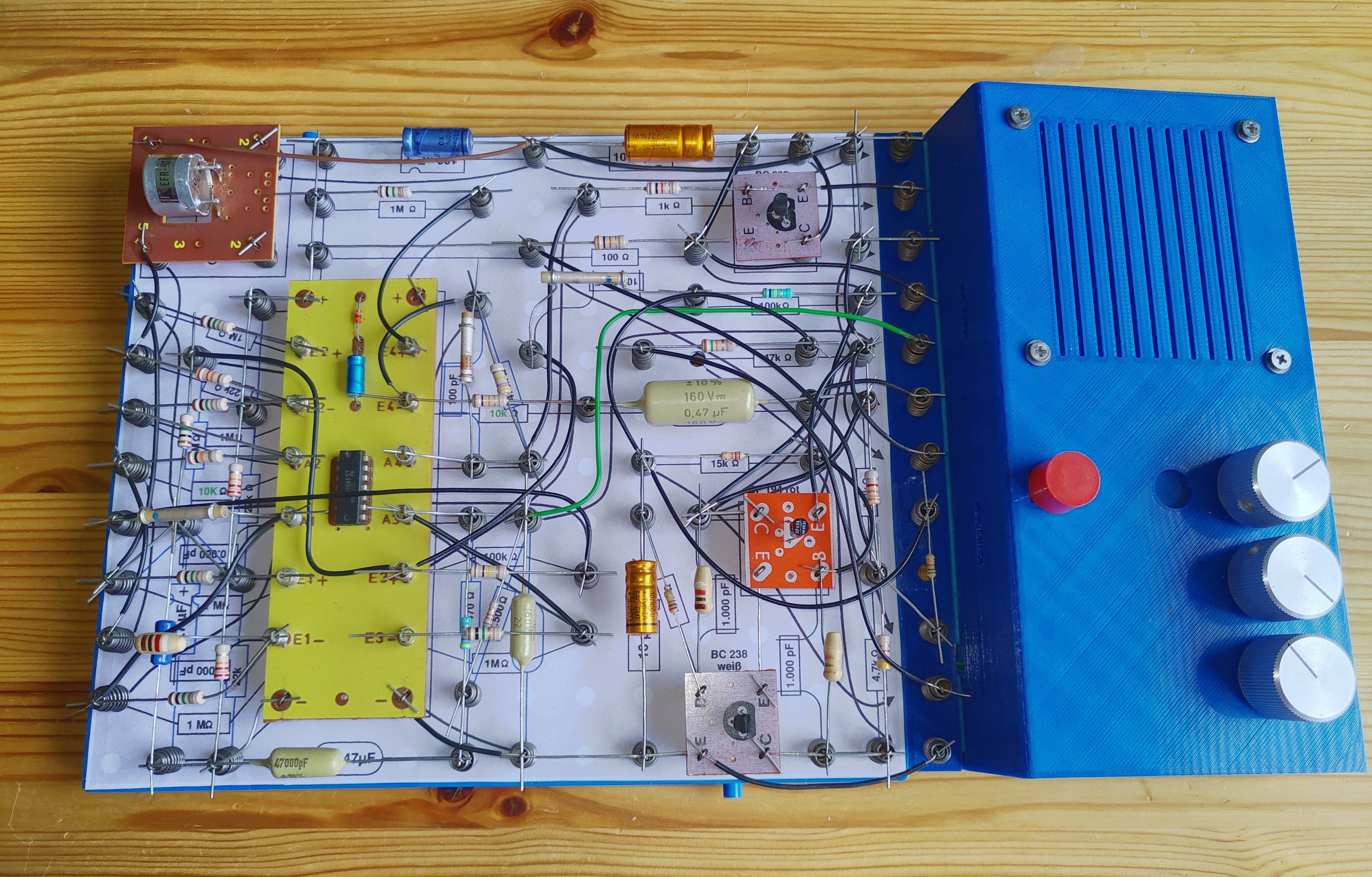 This bat detector circuit is based on the original EE2016 4.7.14 circuit ("Ultraschall-Konverter" - Ultrasonic Converter), with the following small but meaningful improvements:

The following pages contain a lot of information on the EE2000/EE2001 series, including new designs, adaptations of existing designs, as well as error corrections: http://www.kranenborg.org/ee